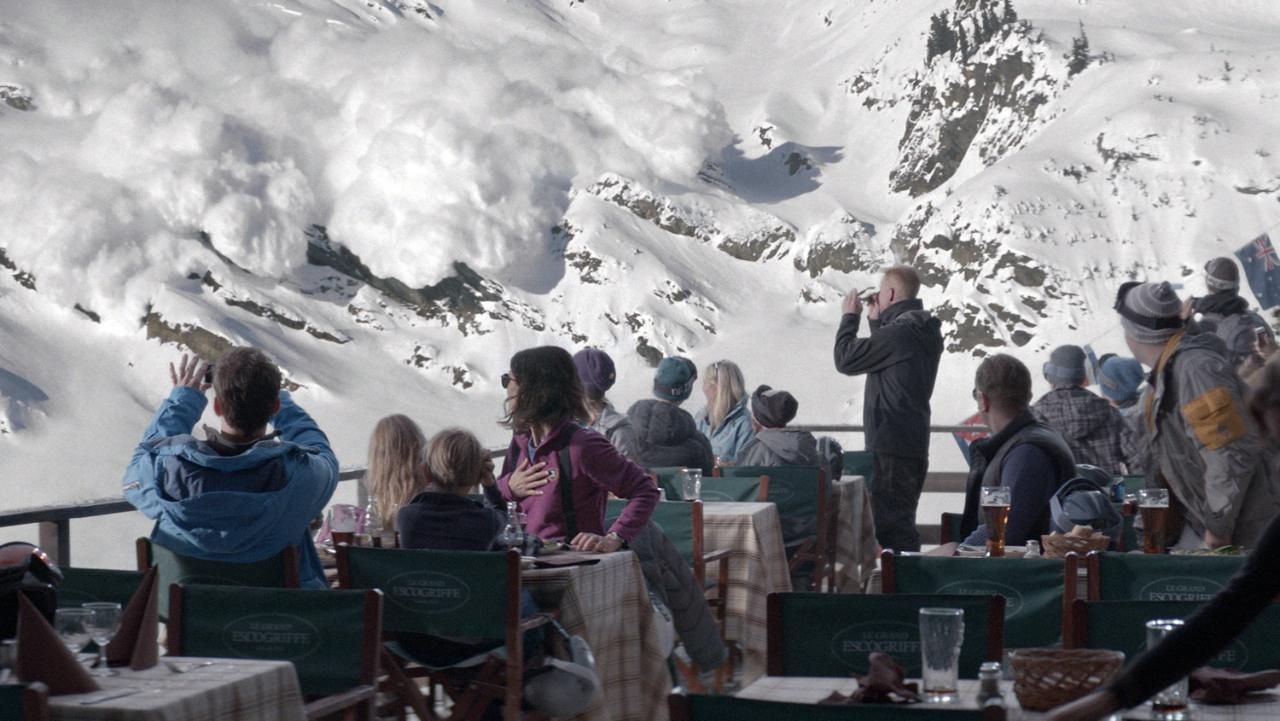 I found this Swedish film on A.V. Club's list of top 50 comedies. It's pretty ironic because there are no scripted jokes in the whole film. What comedy there is in the piece is situational or visual. The most memorable comedic moment was during last act when Tomas had a complete breakdown at night in the hallway of the hotel in his underwear while his wife, Ebba, tried to get him to shut up with the stone-faced French janitor leaning against the railing across the balcony and coyly lighting a smoke to watch. I chuckled at the sheer contrast between the emotionless Frenchman and the grown Swedish man's meltdown of epic proportions. Also notable is a hilarious rave scene that breaks up the drama with a couple minutes of drunken manly screaming. I'm starting to doubt the vocabularies of the journalists who wrote the top 50 list, the films at the bottom of this list - including this one - are more than worth a watch but calling them great comedies is a major stretch. Don't expect to burst your lungs laughing at this movie, instead expect a focused pull on the heartstrings as you watch a Swedish family's vacation at a French ski resort pull the family apart and call into question the father's manliness.

Both the roles and the acting are spot-on. The supporting characters are all great foils to the main drama. The main family of four are human characters, flawed, relatable, and layered. To the actor's credit, much of the tension of the film is developed through facial expressions, body language, and sub-textual dialog. This is definitely a plus to watching a foreign film, though I had subtitles on, I found myself watching the characters and listening to the tone of the Swedish more than reading the English. It would be a fun experiment to have non-Swedish speakers watch it without subtitles and see how much of the plot they understand. I'm sure they would do quite well, it is just that kind of visual piece.

Force Majeure was refreshing because of its simplicity and artful style. The plot is dead simple. The camera tells the story without any tricks, special effects, or misdirection. Ruben Ostlund points his magic tool at the actors and the jaw-dropping vistas of the snow-covered French Alps. The steady tripod cuts are held almost too long, leaving ample time to let the emotions on screen permeate the minds of the viewer. It is by no means a fast film, certainly not boring, but slow-paced. Anyways, this is clearly the product of a talented director and it has earned its praise from me.

Maybe A.V. Club was right. I smiled, at the beauty, at the contrast, at the simplicity of it all.