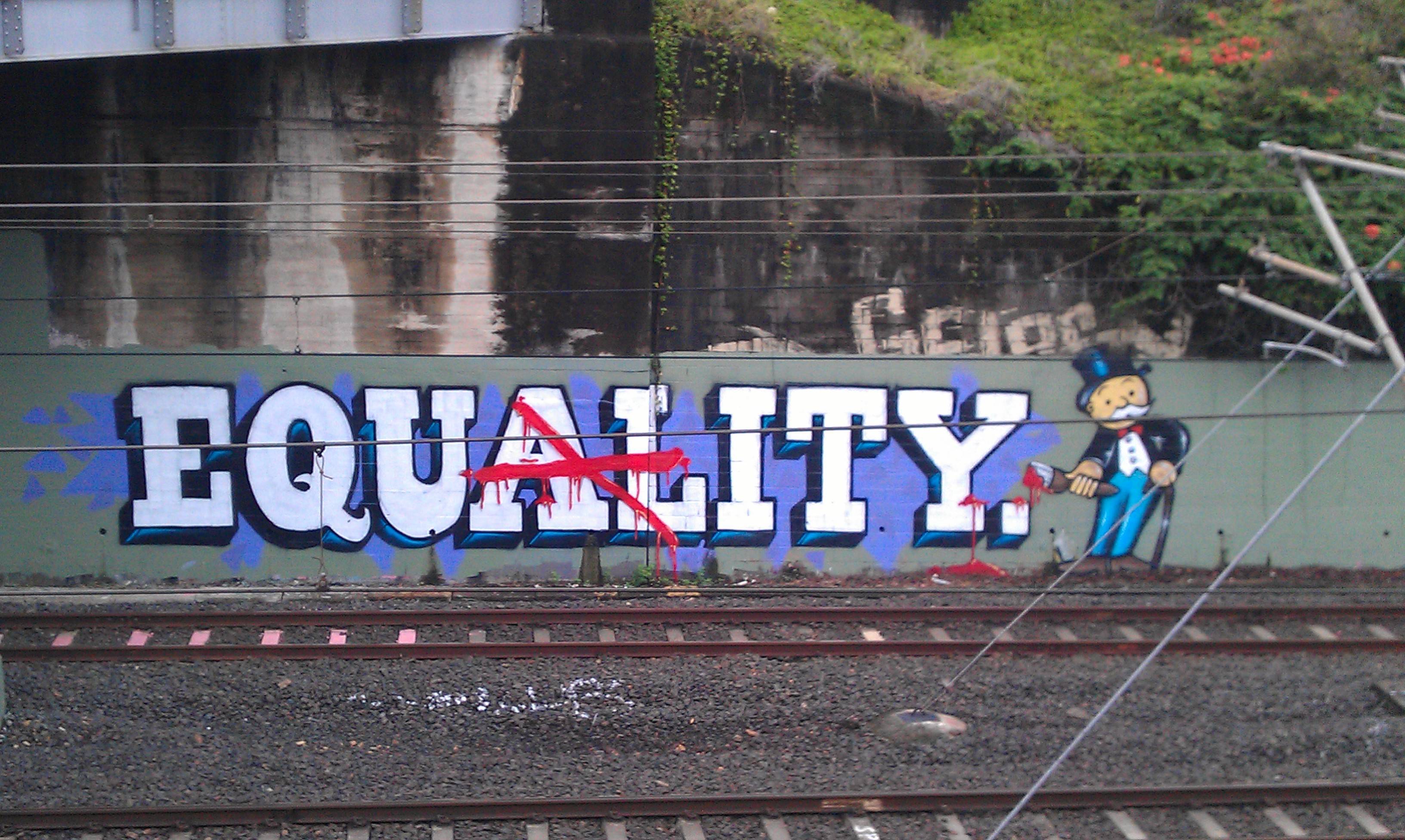 I hear a lot of fuss about two different ideas, but never talk of them together.

Nowadays there is lots of discussion about income inequality. The rich have a larger share of the wealth than they used to. The middle class is shrinking. It is easy enough to find specifics about how much income inequality there is and how much there used to be and how much that gap is growing by every year. The specifics startle people, and for good reason. A secretary and a construction worker used to be able to buy a three-bedroom house and a car and have money to raise a family. Not so nowadays. It means that there is nowhere to go from the bottom; the poor are stuck being poor. And, the middle class will on average make less money every year. Income inequality is real, and it isn't going away soon. Economists and politicians understand that and some countries have experiments planned for a basic income - where everyone would get a check from the government every month. Everyone. But, you've heard this all before.

Technology has been marching onward, making the economy more productive. This is a good thing! American's standards of living have been increasing for a long time, but the growth is slowing. Is that because technological growth is slowing? Maybe. Either way, machines automate farms and factories. Computers do the work of secretaries and soon the transportation industry will be destroyed by self-driving cars and trucks. Solar and batteries will make the oil industry obsolete. Technology makes life more efficient, but at the cost of jobs and income equality.

I mean to say that technology empowers the rich and weakens the poor. As the population grows, this problem won't get any better. As technology progresses, this problem won't get any better. The economy will get more efficient, and less low-skilled jobs will be needed. I would be especially worried if you are young and working as a truck driver. Remember, robots don't need benefits, a salary, or stock options. They don't get tired, they don't get mad, they don't take breaks to eat or go to the bathroom.

The best solution I see is for governments to become more fiscally left. Redistribution of wealth in the form of a basic income is bad for efficiency, because it kills incentives to be entrepreneurial and ambitious. It would be a huge cultural shift for the United States, I'm sure. Universal income doesn't sit well with me - it would crush the American Dream - but it's an inevitability we will have to swallow or else most of us won't be able to afford the luxuries of such economic efficiency.

I guess this makes me a Marxist. :smiling_imp:

I can't compete with the talented writers of these two youtube videos.