Meat is resource expensive. In the U.S. we grow crops for human consumption, crops for animal consumption, and crops for other uses (like biofuels). The problem is that it takes approximatly ten times the amount of crops to feed an animal to produce a given meal than it does to consume directly. The livestock converts about 10% of the calories of corn and grass it eats to calories of meat that humans can eat. Growing all that extra corn, wheat, soy, etc. to feed the animals that become the tasty meat on my plate takes up a lot of water, land, and human recources, thereby contributing to pollution.

Look, I like meat. I have it with/as three meals a day. It is pretty cheap and tastes good, but the consequences it has on our environment will certianlly be payed for in the future.

If I can put my morals over my stomach, I will: Eat Less Meat 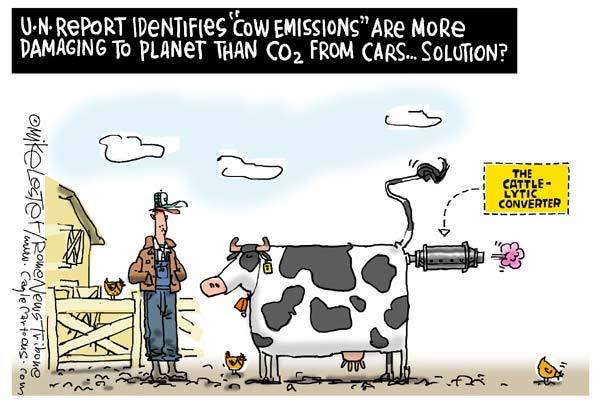 How Much Does Meat Actually Cost? Recommended